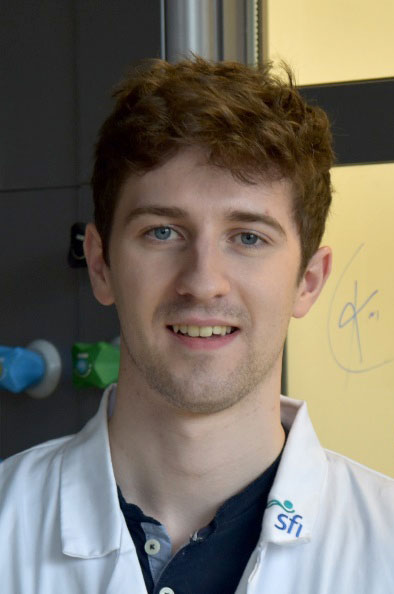 Oisín is a pharmacist and Lecturer in Pharmaceutics at Newcastle University School of Pharmacy. Oisín joined Newcastle University as a lecturer in 2021. Prior to this, he studied Pharmacy at the University of Ulster where he spent his summers working on supramolecular probes and therapeutics for melanoma in Professor Callan’s group. At graduation, he received the Gold medal from the Pharmaceutical Society of NI. He was awarded a Fulbright scholarship to the University of Michigan where he learned how to develop quantitative mathematical models for drug dissolution and solubility. After this, he returned to Ireland to take up a postdoctoral appointment funded by Janssen Pharmaceuticals and spent a brief period as a Lecturer at the School of Pharmacy at University College Cork before moving to Newcastle.